As investigators, scientists are not simply systematic—they are also creative. Rigor and imagination played equal parts in the groundbreaking discoveries conservation scientist Daniel Kirby made in determining the materials used in two 19th-century Alaskan kayaks that reside in the collections of Harvard’s Peabody Museum of Archaeology and Ethnology.

Much of what is known about these Alutiiq and Yup’ik kayaks comes from a disappearing oral history. While this history provided Ellen Promise, Conservation Fellow at the Peabody, and her colleague T. Rose Holdcraft, Senior Conservator, with valuable information about possible animal species found in these objects, they knew that verifying the exact kind of animal skin would require scientific expertise. That’s when they called Kirby, who is the Associate in Conservation Science, at the Harvard Art Museums’ Straus Center for Conservation and Technical Studies.

In recent years, Kirby has pioneered the application of an analytical method long popular in the biotechnology field called peptide mass fingerprinting (PMF), adapting the technique to identify the type of animal proteins—including the species of animal—that are found in museum works. Formerly, there was no scientific method for identifying the species of animal tissues in cultural heritage objects, such as those housed in places like the Peabody Museum and the Harvard Art Museums. PMF provides key information for museums—especially art museums, where the identification of proteins used in paint binders, adhesives, and coatings provides insight into artists’ techniques, contributing to the art historical knowledge of artworks and informing the development of appropriate conservation strategies.

Using a sophisticated piece of equipment called the Waters LDI-Time-of-Flight mass spectrometer, Kirby produced spectra from samples taken from the kayaks. These spectra contain markers that make up the sample’s “fingerprint.”

By matching the samples taken from the kayaks to reference markers provided by Michael Buckley, a research fellow at the University of Manchester, UK, Kirby and Promise began to find exact species matches for some of the materials in the kayaks—for instance, they knew that the sinew on the Yup’ik kayak was made with caribou. However, they weren’t able to find a species match for all of the materials, such as the stitching on the Alutiiq kayaks. Buckley’s samples provided an excellent framework to begin this project, but more verified reference samples were needed to get more exact species matches. The problem was, outside of Buckley’s markers, there is no bank of reference materials available for this kind of work.

To discover clues about the species used to make these rare kayaks, Kirby and Promise collected reference materials (tissue samples) from a variety of sources, including Harvard’s Museum of Comparative Zoology, the American Museum of Natural History in New York, the Alaska State Museum in Juneau, and the University of Alaska Museum of the North in Fairbanks. Kirby even contacted a taxidermist in Norton, Massachusetts, for samples, where he gathered reference material from muskrat, otter, and deer.

To date, Kirby and Promise have amassed approximately 60 new verified reference samples and have established that the skin of the Yup’ik kayak was made with bearded seal. Representatives from the Alutiiq community initially thought that the skin covering on their ancestral kayak was made from Steller sea lion, and this material identification project has verified that the skin was actually made with a species of earless seal and stitched with sinew from humpback whales. These findings bring new clarity to Alutiiq history, impacting the living art of kayak-making on Kodiak Island.

The case of the kayak is not the only puzzle that the PMF technique has helped solve. Almost 200 samples from Alaskan objects in the Peabody’s collection have now been analyzed using PMF, providing information where none existed prior to this project, and, in many cases, correcting misinformation reported in object records. This work has helped scientists, curators, ethnologists, and Native communities like the Alutiiq to better understand and preserve their cultural heritage.

Kirby has applied the technique to a number of objects in the Harvard Art Museums collections as well. He was able to determine that the parchment from a ninth-century Folio from a Qur’an is of sheep origin, and that Mark Rothko used animal glue and whole egg on Panel 1 in his Harvard Murals cycle. This technique is so exact, it can identify what kind of eggs—duck, quail, chicken, etc.—are used as a binder on paintings, shedding new light on the Harvard Art Museums collections.

Click here to read more about the Peabody Museum’s Alutiiq Cultural Heritage Conservation Project, which is supported in part by a Federal Save America’s Treasures grant administered by the Institute of Museum and Library Services. 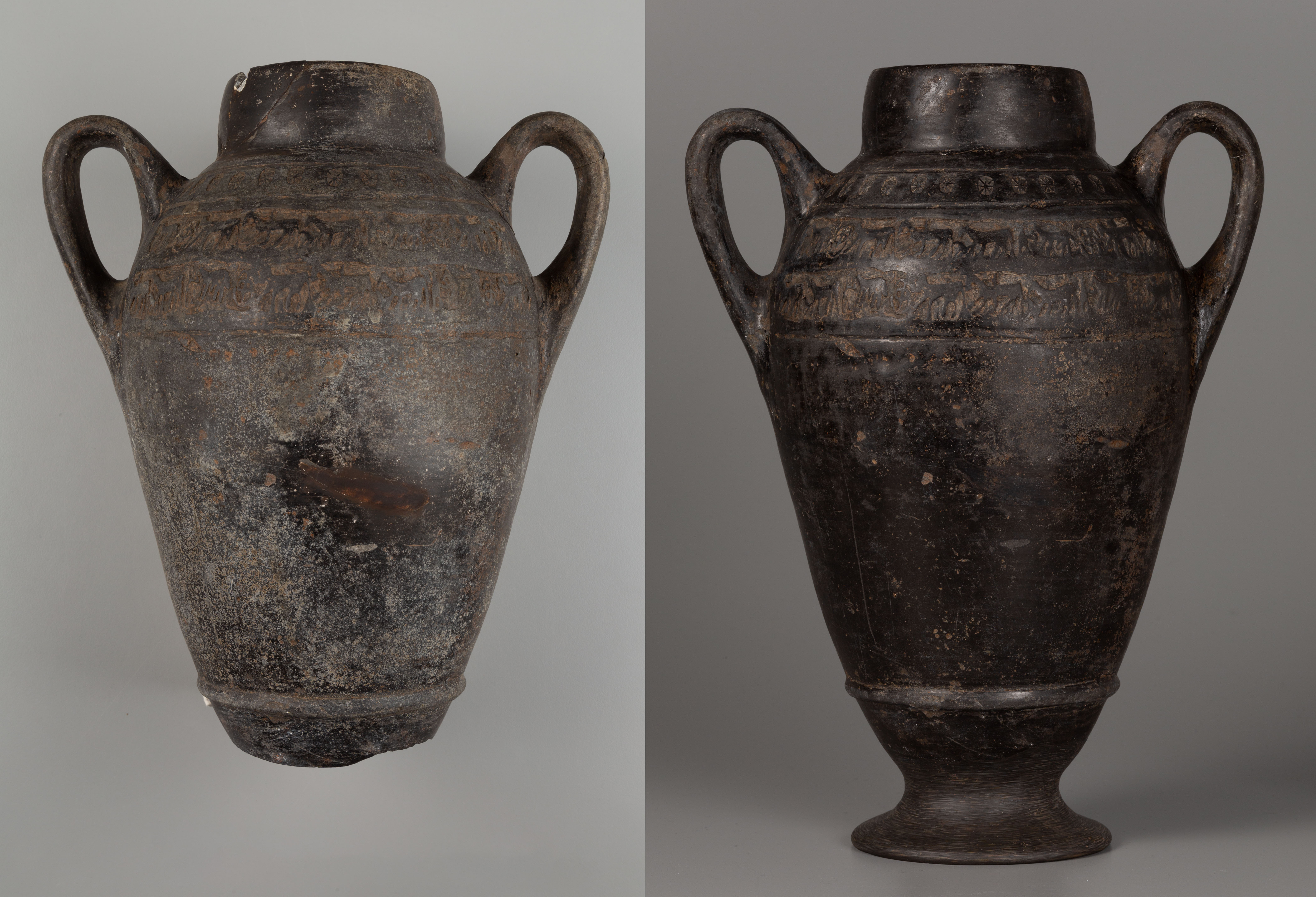