Mary Schneider Enriquez, the Houghton Associate Curator of Modern and Contemporary Art, has spent several years developing Doris Salcedo: The Materiality of Mourning, a special exhibition featuring works by contemporary Colombian artist Doris Salcedo, who is known for her unsettling sculptures and public installations that honor, acknowledge, and mourn individuals lost to civil violence. As part of her research for the exhibition, which will open at the Harvard Art Museums in early November, Schneider Enriquez spent an illuminating week in Salcedo’s hometown of Bogotá, discussing ideas with the artist, observing the ongoing work in her studio, and absorbing the particular nature of her surroundings.

“The point of the trip was to gain a better understanding of how she does things, and to learn more about her works in our collections and those that we will install for the exhibition,” said Schneider Enriquez, who wrote her dissertation at Harvard on Salcedo’s art. “At the same time, we were able to talk more about the ideas behind the exhibition and our work together realizing the vision of this show.”

The Materiality of Mourning, which will be on view November 4, 2016 through April 9, 2017, includes a number of Salcedo’s innovative recent sculptures, such as the museums’ own acquisition A Flor de Piel (2013). A tapestry of thousands of stitched-together rose petals preserved in an unlikely state between life and death, the work is intended as a shroud for a nurse who was tortured to death. “A Flor de Piel is one of the most important works Salcedo has created,” Schneider Enriquez said. It also presents unique challenges for conservation scientists before, during, and after its installation; stay tuned to Index for a closer look into this work’s conservation treatment.

Works from Salcedo’s Disremembered series are another highlight of the exhibition. Each object is a cloak-like sculpture, woven by hand of burnished needles and silk threads. Schneider Enriquez observed Salcedo and one of her studio assistants as they painstakingly constructed one of these sculptures.

“It’s phenomenally detailed,” Schneider Enriquez said, noting that each silk thread and needle is placed following an intricate pattern, although this is nearly imperceptible unless viewed closely. The overall effect is “the suggestion of a presence,” Schneider Enriquez said. Each Disremembered sculpture is “meant to be specter-like”—a contrast to some of Salcedo’s dense, physically imposing works, such as the two 1,700-pound furniture pieces from 2008, which will also be shown in the exhibition.

During her visit, Schneider Enriquez was excited to witness the artist work with her assistants on a major new project. “I was able to see the team go through prototype after prototype” on a proposed work of art, Schneider Enriquez said. After Salcedo devotes extensive time researching and talking with victims, and then conceiving her works, she begins the actual production of the sculptures, which “sometimes takes a year or more to be realized,” Schneider Enriquez said. “There’s quite literally nothing left to chance in the process.”

This immersive experience in Salcedo’s world gave Schneider Enriquez a fresh perspective on an artist with whom she was already deeply familiar. As she continues to plan The Materiality of Mourning, the knowledge gained from her visit to Bogotá will no doubt prove influential in other unexpected ways. 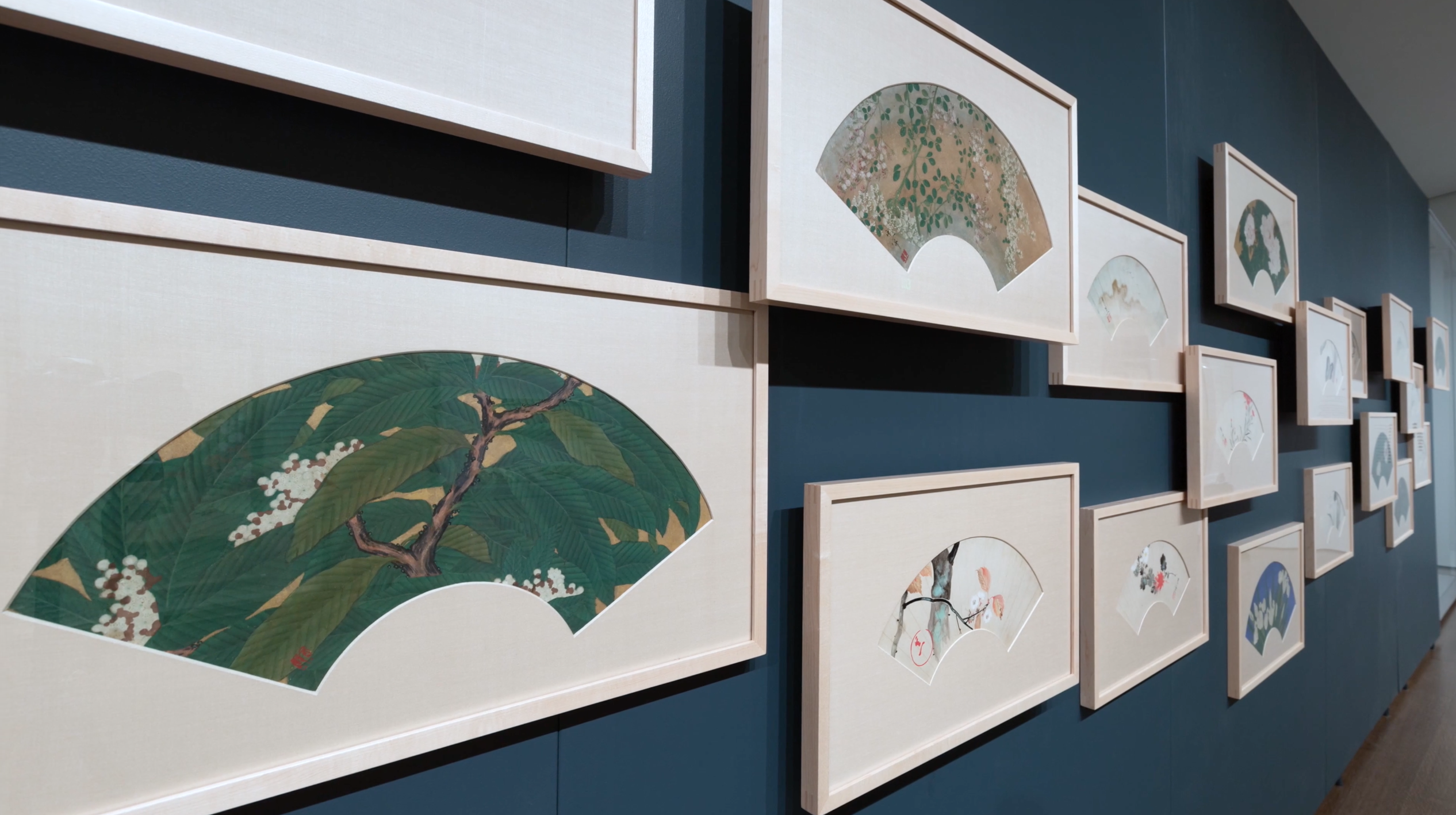 Install in Action: Setting the Fans Afloat in Painting Edo

Watch this time-lapse video of the installation of a wall of framed fans for the Painting Edo exhibition. 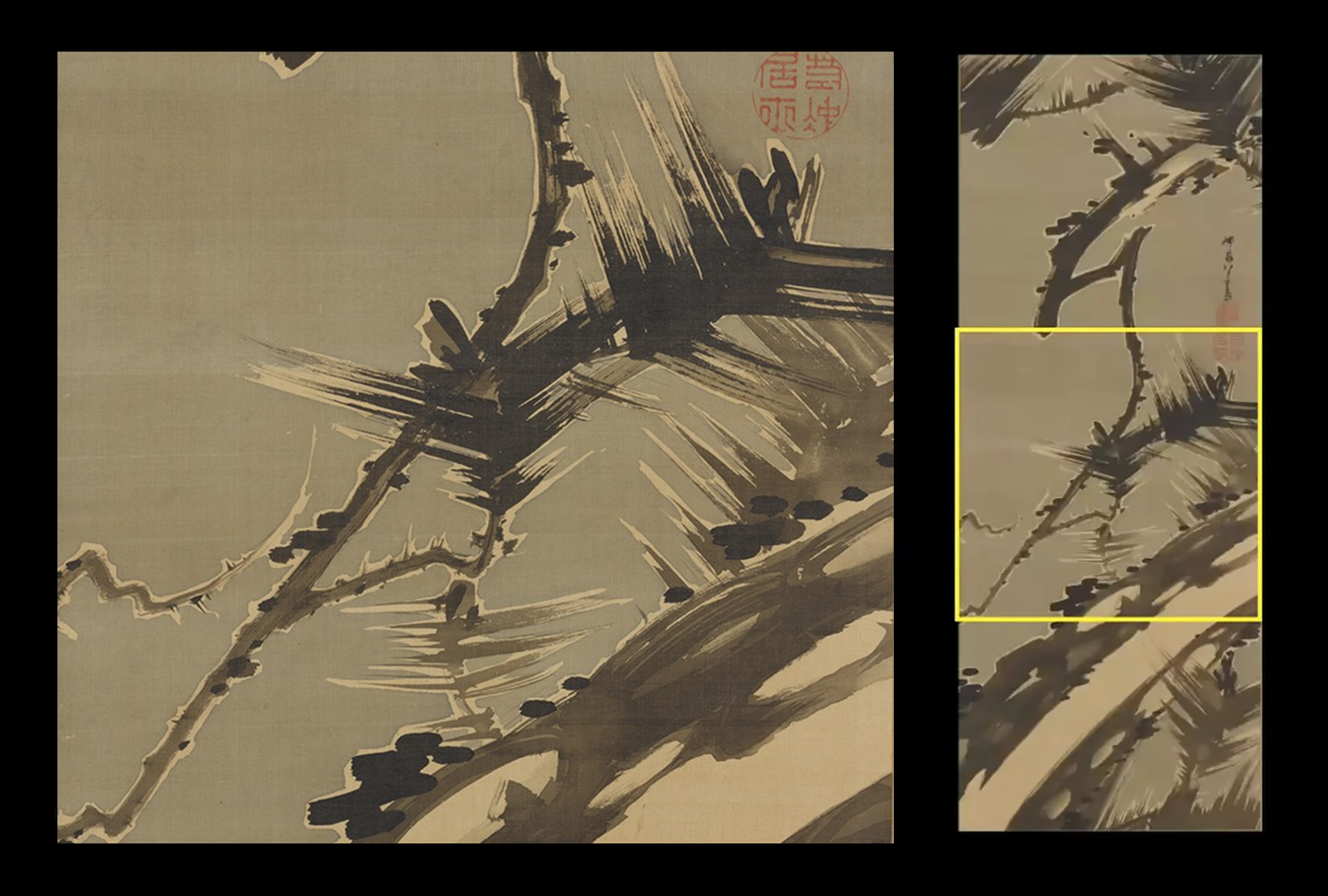 Join us to discover Japanese black pine in Harvard collections—both alive and painted—through the eyes of a botanist and an art historian.

In celebration of the Bauhaus centennial, one of the largest paintings in the Harvard Art Museums collections was cleaned and restored while being studied alongside preparatory works in the collections.