The second son of Pieter Bruegel the Elder (1999.132), Jan Brueghel the Elder was an astonishingly productive artist who served as court painter to Archduke Albert and Archduchess Isabella Clara Eugenia in Brussels. He specialized in floral still lifes and various types of landscapes, including mountainous panoramas, forest interiors, villages, country roads, river views, seascapes, hunting pieces, battles, and images of hell and the underworld. Many of his works contain numerous small figures enacting biblical, mythological, and allegorical subjects, as well as scenes of daily life.

3 In the inscription on the Harvard drawing, “inven” stands for invenit, meaning he invented the original composition. Landscape with a Family of Bears, Deer, and Other Wild Animals is inscribed B…uegel inven 1554. Roma.

6 When the sheet is viewed in varying wavelengths of infrared light, the ink of the inscription behaves similarly to that of the drawing. Although not conclusive evidence that the inks are from the same batch, this finding does securely demonstrate that the inks are not distinctly different. Thanks to Penley Knipe for her analysis. 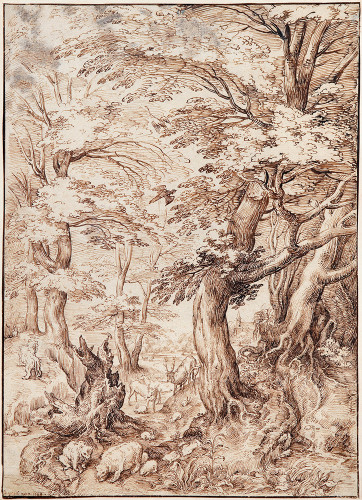 Fig. 1 Jan Brueghel the Elder, after Pieter Bruegel the Elder, Wooded Landscape with a Family of Bears, Deer, and Other Wild Animals 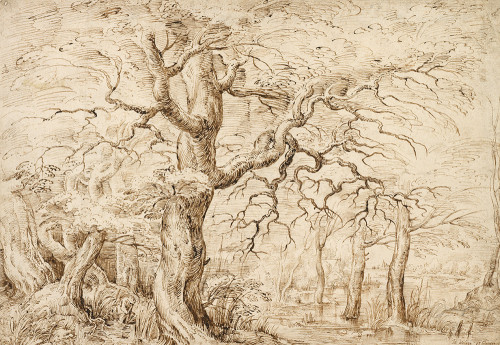