No landscape paintings by Nicolaes Maes are known today, but he evidently produced at least one. An inventory compiled in 1663 of the contents of a house in Delft lists “een landschap van Maes van Dordrecht.”1 All that remains of his achievement as a landscapist is a small group of drawings. None of them are signed, and their attribution rests on their resemblance to a small sketch on the recto of a sheet that, on its verso, bears a study for Maes’s painting Christ Blessing the Children.2 The painting probably dates from circa 1652–53, near the end of the artist’s training in Rembrandt’s workshop. Since the Harvard sheet and the closely related View of the Vriesepoort, Dordrecht (Fig. 1)3 represent scenery on the outskirts of Dordrecht, it is likely that they should be dated after he returned to his native city in 1653.

In the composition and technique of this drawing, Maes emulated works by Rembrandt from around 1650, such as Landscape with the House with the Little Tower (Fig. 2).4 He followed Rembrandt’s model by sketchily articulating the foreground field with long, horizontal strokes and extensive reserves, while the trees, mills, and other buildings that constitute the main motif are executed in greater detail. The lines that crisscross the field in Maes’s work, some lightly smudged or accentuated by a sawtooth pattern, imitate the delicate strokes that evoke the expanse of the river and watery meadow in Rembrandt’s drawing.

Maes sketched the view in the Harvard work from the polder south of the city. Drained in the early seventeenth century, the fields in this area—some used for bleaching cloth (see Fig. 1)—were planted with trees and gardens and dotted with mills. The summarily outlined features of Dordrecht’s distant skyline include, at the left, the Grote Kerk (Great Church), the city’s most prominent landmark, and just left of center, the cupola of the Stadhuis (Town Hall).

The hand that wrote Dordregt at the bottom of the Harvard sheet also annotated the view of bleaching fields outside the Vriesepoort and at least three other drawings.5 The ink used for the Harvard drawing and the ink of its inscription are either identical or were concocted contemporaneously from the same, or a very similar, recipe.6 It is therefore very likely that these annotations were written by the artist himself.7 Four of the inscribed drawings—the Harvard work, View of the Vriesepoort, Dordrecht, and two studies depicting the Belvedere in Nijmegen can be attributed with confidence to Maes because their technique resembles that of the sketch on the recto of his study for Christ Blessing the Children.8 Another inscribed drawing represents a purely architectural motif, the tower of the Westerkerk in Amsterdam.9 Although the ink-and-wash technique of this last-mentioned study differs from that of the landscapes, it does recall the handling of other drawings by the artist and may plausibly be attributed to him.10 Three or four additional landscapes, which do not bear inscriptions, are also attributable to Maes.11

5 In addition to the Harvard sheet and View of the Vriesepoort, Dordrecht (Fig. 1; see n. 3), the following bear inscriptions in the same hand, identifying the sites represented in the drawings: Belvedere and Kalverbos in Nijmegen, Berlin, Kupferstichkabinett, KdZ 1116, Sumowski (1979), vol. 8, cat. 1899ax, pp. 4248–49; Belvedere and Forecourt in Nijmegen, Netherlands, private collection (formerly collection of W. Argoutinsky-Dolgoroukoff, St. Petersburg, sale R. W. P. de Vries, Amsterdam, 27 March 1925, lot 176), see Benjamin P. J. Broos, Rembrandt en tekenaars uit zijn omgeving (Amsterdam, 1981), p. 86; and Tower of the Westerkerk, Amsterdam, Amsterdam Museum, TA 10288, Broos, cat. 19, pp. 82–86. See also Robinson (2012), pp. 42–45, figs. 1, 3, and 4, for the inscribed drawings. Another drawing possibly annotated by the same hand is a panoramic vista of Dordrecht’s harbor from the northeast, which is inscribed Dordregt in brown ink at the bottom of the sheet (Sumowski, 1979, vol. 10, cat. 2274x, p. 5140, as Roelant Roghman; sale, Christie’s, London, 7 July 1992, lot 88, as “Dutch School, mid-17th Century”). This drawing is now in a private collection in Amsterdam. As Susan Anderson pointed out in conversation, the form of the D differs from the D in the inscriptions on the Harvard sheet and on the View of the Vriesepoort, Dordrecht. However, the remaining letters, ordregt, are comparable to those in the other inscribed works, and the drawing could well be by Maes.

6 Examination of the Harvard drawing using the Video Spectral Comparator (VSC) 5000’s spotlight fluorescence and infrared and ultraviolet illumination revealed no difference in the inks, suggesting that they are either the same or very similar. Microscopic examination indicated that the ink of the drawing is slightly cooler (grayer) and more granular than the ink of the inscription, which appears slightly more golden. The differences could be attributable to two inks from different batches made up from a similar recipe. Another possibility is that the author of the inscription used the same ink batch as in the drawing, but later, when the ink had settled. The inscription was also probably done with a finer pen than that used in the drawing. My thanks to Penley Knipe for these observations.

7 Comparison of the inscriptions on the drawings with Maes’s signature on archival documents is inconclusive: some letters are similarly written; others differ. For examples of Maes’s signature on documents, see Abraham Bredius, “Bijdragen tot een biografie van Nicolaes Maes,” Oud Holland, vol. 41 (1923–24): 207–14, pp. 210–12. The more formal character of the inscriptions on the drawings may account for some of the differences. For example, the N in the annotations on the two drawings of Nijmegen closely resembles the N in signatures on Maes’s paintings. For illustrations of the signatures on paintings, see León Krempel, Studien zu den datierten Gemälden des Nicolaes Maes (1634–1693) (Petersberg, Germany, 2000), p. 29.

10 Ibid., p. 86. Broos was the first to note that the inscription on the drawing of the Westerkerk tower was in the same hand as the annotations on the two views of Nijmegen. Broos assigned all three drawings to an unidentified pupil of Rembrandt. Benjamin Binstock (“Samuel van Hoogstraten’s Westertoren,” Master Drawings, vol. 45, no. 2 (Summer 2007): 187–200, pp. 191–92) attributed the views of the Westerkerk and of Nijmegen to Samuel van Hoogstraten, but he was unaware of, or ignored, the evidence adduced by Sumowski that related the Nijmegen views to Maes’s work. 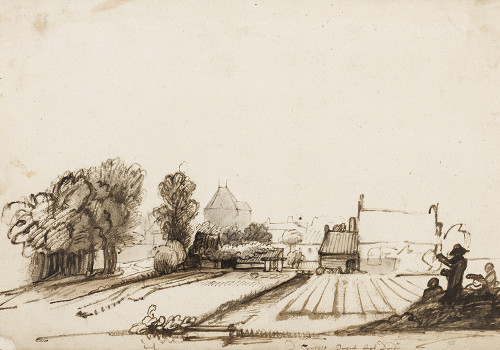 Fig. 2 Rembrandt van Rijn, Landscape with the House with the Little Tower

An Exhibition of Dutch and Flemish Drawings and Watercolors, checklist, Unpublished (1954), cat. no. 76, p. 18 (as Abraham Furnerius)