This unidentified artist takes his nickname from six albums of drawings that belonged in the eighteenth century to John Perceval, First Earl of Egmont (1683–1748), and entered the collection of Yale University in 1957.1 The five—or six—sheets in the Yale albums by this singular draftsman provided the British art historian Philip Pouncey and others with a point of departure for attributing additional works to his distinctive hand.2 Only pen-and-ink compositions were assigned to the Egmont Master until 1964, when three black-chalk drawings, including the one now in Harvard’s collection, were ascribed to him.3 The publication of the large groups of works given to the artist in the Musée du Louvre, Paris, and the Kupferstich-Kabinett, Staatliche Kunstsammlungen, Dresden, strengthened the case for an extensive oeuvre of more than fifty drawings in various media.4 However, the attribution of the chalk designs to the same hand as those executed primarily in brown ink has remained controversial, although scholars have noted compelling resemblances between figures in the chalk drawings and those in the pen-and-ink compositions.5

The steady expansion of the Master’s oeuvre has not resolved the enigma of his identity. Style and technique indicate an artist, presumably of Netherlandish origin, active at the end of the sixteenth century.6 He occasionally incorporated motifs from Albrecht Dürer’s prints into his work, but was so conversant with Italian art that he must have traveled south of the Alps. Many of the drawings—including the Harvard work, which is inscribed Polidoor (for Polidoro da Caravaggio) by a later, Dutch-speaking owner—were once attributed to Italian artists.7 Watermark evidence implies dates in the 1580s and 1590s for many of the drawings and documents a preference for papers manufactured or used in Basel and the Rhineland.8 Nicole Dacos has proposed identification of the artist as the Dutch painter Dirck Hendricksz. (known as Teodoro d’Errico in Italy, where he worked for many years), depending on merely generic similarities between the Egmont Master’s drawings and the Dutch artist’s paintings, but this has not gained acceptance.9 Finally, an engraving by Crispijn de Passe after one of the ink-and-wash drawings assigned to the Master was published in Cologne after 1594. The text on the print identifies the inventor of the composition as “Quintin d M,” but no artist of that name who was active at the end of the sixteenth century is known.10

Nearly twenty drawings in black or red chalk are ascribed to the Master of the Egmont Albums.11 About a dozen of them, including The Adoration of the Shepherds on the recto of the Harvard sheet, constitute a group of similarly finished, multifigure compositions of scenes from the life of Christ that are closely related in technique and style (Fig 1).12 The Virgin and Child in the Clouds, Surrounded by Angels on the Adoration’s verso, although sketchier in handling and a devotional image rather than a narrative composition, also relates to this group. The Adoration illustrates the artist’s adaptation of both recent and earlier sixteenth-century Italian sources: the striding, full-length figures at the left and right reflect his firsthand knowledge of works by Taddeo Zuccaro and Marco Pino, while the kneeling Saint Joseph derives from an engraving by Marcantonio Raimondi after a design by Raphael.13 The Master’s handling of the chalk closely resembles Zuccaro’s technique, and his use of chalk for compositions, which was rare in the Netherlands at this date, may also reflect his direct experience of Italian practice.14 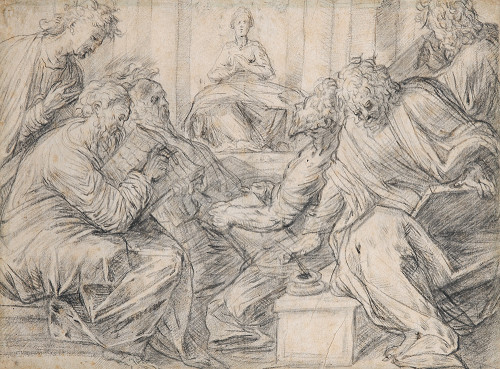 Fig. 1 Master of the Egmont Albums, The Virgin Surrounded by Six Apostles

Karel G. Boon, Netherlandish Drawings of the Fifteenth and Sixteenth Centuries. Catalogue of Dutch and Flemish Drawings in the Rijksmuseum, Volume II., Government Publishing Office (The Hague, 1978), part I, under cat. no. 516, p. 193