Catalogue entry no. 10b by William W. Robinson:

Hans Bol left his native city of Mechelen in 1572 and moved to Antwerp, joining the Guild of Saint Luke in 1574. He initially specialized in painting with watercolor and tempera on large canvases. Few of these works survive.1 According to Karel van Mander, artists in Antwerp copied Bol’s large canvases and sold them as originals, so he switched to miniature painting because forgers could not replicate his refined, exacting technique in that format. In 1584, he joined the thousands of Protestants who emigrated from the southern Netherlands to the north, stopping in Bergen op Zoom, Dordrecht, and Delft before settling in Amsterdam.2

Bol was a prolific artist, and thanks to the research of Stefaan Hautekeete, we now understand the size and scope of his oeuvre. Outskirts of a Village with Peasants and Abraham and the Angels are two of around one hundred independent compositions in opaque and transparent watercolors; dated examples survive from 1579 to 1593, the year of his death.3 He painted on both paper and parchment supports over preliminary sketches in graphite or black chalk, adhering the finished works to small panels. Nearly all of these miniatures represent landscapes with small figures that enact biblical histories, mythological subjects, or scenes from daily life. In the same media, Bol also produced three albums containing a total of nearly three hundred miniatures of mammals, fish, and birds, and in 1582 he illustrated a prayer book for François, duc d’Anjou, then the sovereign ruler of the Netherlands. While he executed only about a dozen autograph etchings, the artist designed more than three hundred plates engraved by professional printmakers. Of the approximately 260 drawings in ink or ink and wash that survive, about 100 are studies or models for prints.4

Bol’s exquisite small works in transparent and opaque watercolors, as well as his impressive output as a designer of prints, earned him international renown. It is indicative of his European reputation that during and shortly after his lifetime, his art was avidly collected at Central European courts. The 1587 inventory of the Dresden Kunstkammer lists sixteen “beautifully painted” miniatures whose acquisition was personally authorized by the Saxon elector. By 1595, that number had increased to twenty-six, all of which had been installed in gilt frames.5 Miniatures by Bol in ebony frames were displayed in the private gallery of the Bavarian duke (and later elector) Maximilian I (r. 1597–1651), whose father, Duke Wilhelm V, may have acquired them from the artist.6 The three albums with mammals, fish, and birds mentioned above belonged to Emperor Rudolf II by the early seventeenth century.7

A study by Bol that came to light in 2014 established a previously unsuspected connection between the two miniatures catalogued here: it became apparent that Bol initially designed and executed them as a single composition with the biblical narrative of Abraham and the Angels set in an oblong, naturalistic Dutch landscape (Fig. 1).8 The two miniatures are identical in size and, placed side by side, their compositions align nearly seamlessly, which affirms that Bol produced them as a single work based on the drawing. He opted for the pronounced horizontal format of the study in a few other miniatures, including a view of Amsterdam dated to the same year as the Harvard works.9 For unknown reasons Bol divided this work into two, and on all four sides of each half he added the borders that he routinely used to frame his miniatures—a thin line in shell gold and a thicker one in dark red opaque watercolor. Only Outskirts of a Village is signed and dated. Perhaps Bol sold the two miniatures as a pair, so only one required his signature.

The drawing (see Fig. 1) was trimmed at the left and originally showed more of the large tree and church that appear at the left in Outskirts of a Village. Bol based much of the setting in the right half of the study—the bridge, nearby dock and rowboat, houses at the far right, and canal flanked by roads—on a plein-air sketch in metalpoint of a site near Delft (Fig. 2).10 The metalpoint sketch is datable to between 1584, the year Bol left Antwerp for the northern Netherlands, and 1586, when he consulted it for the background in an earlier miniature of Abraham and the Angels, which is now in Dresden.11 The oblong composition study (see Fig. 1) postdates the Dresden miniature. Details of the landscape and the figures of Abraham and his heavenly guests in the study relate more closely to the Harvard watercolors of 1589 than to the Dresden work of 1586.

Abraham and the Angels is one of several miniatures and drawings of this subject by Bol.12

3 The earliest dated miniature is from 1579 (Weimar, Staatliche Kunstsammlungen, G 884), and there are several dated examples from 1593; Hautekeete, email correspondence with the author, 2 April 2014.

8 Hans Bol, View of Delfgauw with Abraham and the Angels (Fig. 1). Brown ink, light blue wash. 100 × 282 mm. Sale, Christie’s, London, 10 July 2014, lot 132. The drawing was known to A. E. Popham, who cited it in a catalogue entry on the metalpoint study in the British Museum (see n. 10 below); Arthur Ewart Popham, Dutch and Flemish Drawings of the XV and XVI Centuries, Vol. 5 in Catalogue of Drawings by Dutch and Flemish Artists Preserved in the Department of Prints and Drawings in the British Museum (London, 1932), under cat. 5 verso, p. 95. It was first reproduced and discussed extensively by Sarah Vowles, with help from Hautekeete, in the catalogue of the 2014 Christie’s sale.

Fig. 1 Hans Bol, View of Delfgauw with Abraham and the Angels 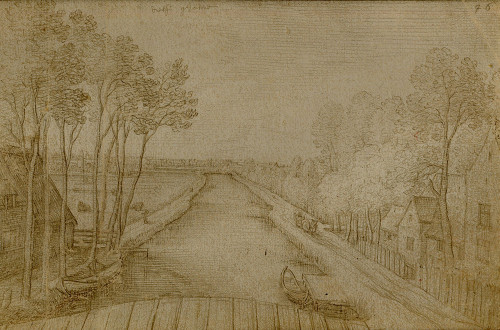 Fig. 2 Hans Bol, View from a Bridge near Delfgauw