Bartholomeus Breenbergh specialized in paintings of Italianate landscapes with shepherds or small figures enacting scenes from the Bible or Greco-Roman mythology. He spent a decade (1619–29) in Rome, and the majority of his approximately two hundred surviving drawings of the city and Campagna date from that period.1 The poetic sensibility and ink-and-wash technique of his studies and those of Cornelis van Poelenburch inspired Claude Lorrain, Jan Asselijn, and generations of Northern European draftsmen who sought to evoke the light of Italy and its effects on the architectural monuments of ancient and modern Rome.2 Breenbergh produced most of his 125 known paintings and his entire oeuvre of more than 30 etchings after he returned to Amsterdam in 1629.3

In his 1969 monograph on Breenbergh’s drawings, Marcel Roethlisberger conjectured that the artist must have made studies for some of the larger figures in his paintings of the 1640s and 1650s.4 Harvard’s male nude, the first such study to be identified, came to light in 1985. It appeared in an Amsterdam auction, as a work by Jan van Noordt (Amsterdam 1624–after 1676 Amsterdam?), and was sold to the art dealer Bob P. Haboldt. A remarkable coincidence enabled Haboldt to attribute it to Breenbergh: after he unpacked the drawing at his New York gallery, Haboldt observed to his astonishment that it had served as a study for a picture that hung on his wall, Breenbergh’s Venus Mourning the Death of Adonis (1646).5 The painting, too, now belongs to the Harvard Art Museums (Fig. 1).6

The painting depicts an episode from Ovid’s Metamorphoses (Book 10, lines 708–39). Venus’s mortal lover Adonis ignored her plea to avoid the pursuit of dangerous game and was gored by a wild boar. The goddess memorialized him by creating the anemone, one of her sacred flowers, from his blood. In addition to painting the bleeding gash in Adonis’s side, during work on the panel Breenbergh introduced other changes to the study: he added drapery over Adonis’s genitals, adjusted his feet and shod them with sandals, altered the angle of the foreshortened arm, and turned the head so that we see his profile more clearly. The hand that rests on the model’s chest in the study was omitted to make way for the arm and hand with which Venus caresses Adonis’s face. Areas of highlight and shadow in the painting follow closely, if not exactly, the modeling in the drawing.

While the Harvard sheet remains the only figure drawing securely attributable to Breenbergh, it is not the only surviving study of this type that he reproduced in a painting. For his Alexander and the Family of Darius (c. 1645), he adapted, in reverse, a black and white chalk drawing on blue paper of a kneeling woman, seen from behind (Fig. 2).7 It is tempting to assign this drawing to Breenbergh on the basis of its incontrovertible connection to his picture, but its technique differs from the handling of the Harvard work and is indistinguishable from that of figure studies by Jacob Backer, to whom it is currently attributed. Backer and Breenbergh were well acquainted and very likely attended the same sessions where Amsterdam history painters met to draw from models.8 Breenbergh could easily have borrowed Backer’s drawing—or a counterproof of it—for use in his painting.

A copy in black and white chalks of the Harvard drawing by an unidentified hand, and a counterproof of the copy, belong to the Kupferstich-Kabinett, Staatliche Kunstsammlungen, Dresden.9

5 In conversation, Bob Haboldt related his serendipitous identification of the drawing as a study for Breenbergh’s painting, which was already in his inventory. He later recalled the story in print; see Bob P. Haboldt, Singular Vision: Haboldt & Co.’s Old Master Paintings and Drawings since 1983 (Amsterdam, New York, and Paris, 2012), pp. 10 and 199, repr.

8 Backer painted pendant portraits of Breenbergh and his wife in 1644, and paintings by Breenbergh can be traced to Backer’s estate. In paintings dated 1644 and 1647, Breenbergh repeated the sleeping female nude in Backer’s Cimon and Iphigenia of circa 1642; Peter van den Brink in Peter van den Brink and Jaap van der Veen, Der grosse Virtuose, Jacob Backer (1608/9–1651) (Amsterdam: Museum Het Rembrandthuis; Aachen, Germany: Suermondt-Ludwig-Museum, 2008), pp. 21, 25, 54, and under cat. A95, p. 237.

9 Inv. nos. C 1966–63 (the copy) and C 3924 (counterproof of the copy). Although preserved with a large group of nude studies—some of them signed—by Dirck van der Lisse, the copy of the Harvard study appears to be by another, as yet unidentified, hand. My thanks to Peter Schatborn, who first called the Dresden copy to my attention after he learned of it from Taco Dibbits, and to Stijn Alsteens for further information on the copy and its counterproof (email from Stijn Alsteens to the author, 24 April 2009). 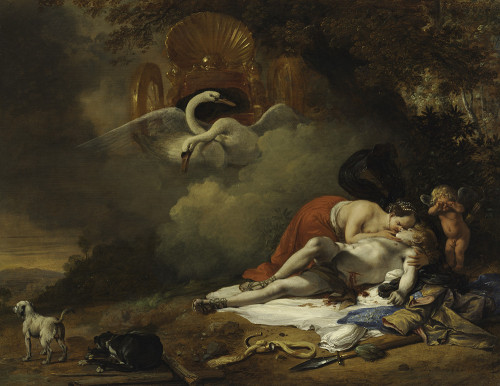 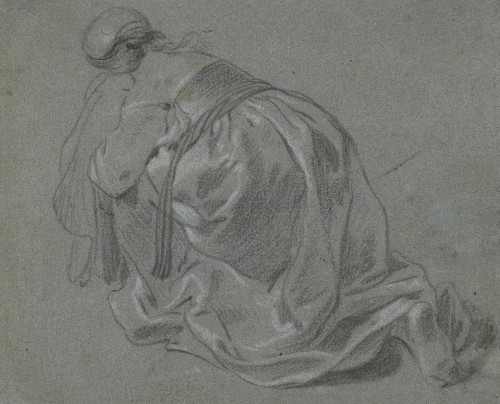 Credit Line
Harvard Art Museums/Fogg Museum, Anonymous fund in honor of John and Anne Straus, and through the generosity of the Fifth Floor Foundation, Howard and Sally Lepow, Leena and Sheldon Peck, Maida and George Abrams and Kathryn and William W. Robinson
Accession Year
1996
Object Number
1996.303
Division
European and American Art
Contact
am_europeanamerican@harvard.edu
The Harvard Art Museums encourage the use of images found on this website for personal, noncommercial use, including educational and scholarly purposes. To request a higher resolution file of this image, please submit an online request.