Cornelis was the son and pupil of Hendrik Vroom, the outstanding Dutch painter of seascapes, naval battles, and city views during the first third of the seventeenth century. Although he initially specialized in marine subjects, around 1620 Cornelis turned to landscape painting.2 He spent his career in Haarlem, working in proximity to other leading landscapists of the period, including Jan van de Velde, Pieter de Molijn, Salomon van Ruysdael, and Jacob van Ruisdael. An idyllic mood pervades Vroom’s pictures, which are distinguished by their delicate light, inconspicuous staffage, and serene compositions of large trees along a river or country road. Little known today, Vroom’s work enjoyed a solid reputation during his lifetime. He executed commissions for the stadholder in the Hague, and in 1647 the Haarlem historian Theodorus Schrevelius wrote that Vroom “is without peer among living [landscape painters], although in the judgment of some Pieter de Molijn comes close to, or indeed equals, him.”3

Drawings by Cornelis Vroom are rare—fewer than twenty-five securely attributable sheets have come down to us—but are esteemed for their unconventional compositions and refined technique.4 Landscape with a Road and a Fence exemplifies both of those characteristics of his style. The asymmetrical design features a close view of a rutted road, an undulating fence, and dense foliage in the left foreground, which abruptly give way to a diagonal line of trees in the middle ground and distant panorama. The meticulously descriptive pen work of the plants, fence, and trees in the foreground enhances the disjunction in scale between near and far in the landscape.

The Harvard work unmistakably resembles a drawing by Vroom in Berlin, which is also signed and dated 1631 (Fig. 1).5 The two compositions are close in size and executed in the same technique; they also depict similar terrain—sloping meadows in the foreground, groves of trees in the middle distance, and fields and rolling hills stretching to the horizon. Like most of Vroom’s drawings, these are finished, autonomous works of art, as the signatures and dates affirm. He might have produced them as pendants or, more plausibly, parts of a series, but there is no conclusive proof of any such formal association between them.6

The hilly countryside represented in these and other drawings by the artist bears little resemblance to the dunes around Haarlem or the flatland near the Dutch coast, and scholars have contended that Vroom based it on recollections of the landscape of southern England or perhaps the southern or eastern Netherlands.7 It now appears that the “Vroom” recorded in English documents of the late 1620s was not Cornelis but his brother Frederik, casting doubt on Cornelis’s putative sojourn in Britain.8 In any case, the poetic landscapes featured in several of Vroom’s drawings may be imaginary and not based on his experience of any particular regional topography.9

1 (This note refers to the provenance.) This name appeared on a printed label that was attached to a former mount. No collector by this name has been identified.

6 Keyes (vol. 2, under cat. D 27, p. 228) suggested that they might be pendants. Frederik Duparc (in Frederik J. Duparc, Landscape in Perspective: Drawings by Rembrandt and His Contemporaries, Cambridge: Harvard University Art Museums, Fogg Art Museum; Montreal: Montreal Museum of Fine Arts, 1988, under cat. 102, p. 229) questioned this assertion, noting that we have little information about pendant drawings during this period, although two landscapes by Vroom in the Graphische Sammlung Albertina, Vienna, appear to constitute a pair; see Marian Bisanz-Prakken in Die Landschaft im Jahrhundert Rembrandts (Vienna: Albertina Museum, 1993), p. 44. In any event, as Duparc noted (Duparc, p. 229), the compositions of the Berlin and Harvard drawings do not really balance or complement each other, so they are unlikely to be pendants. I suggested (in William Robinson, Bruegel to Rembrandt: Dutch and Flemish Drawings from the Maida and George Abrams Collection, London: British Museum; Paris: Institut Néerlandais; Cambridge: Harvard University Art Museums, Fogg Art Museum, 2002, cat. 14, p. 52) that they could have belonged to series with other drawings that have not been identified.

7 Keyes (vol. 1, pp. 13–14) summarizes the evidence for Cornelis’s visit to England and lists several paintings and drawings that he suggests may record the landscape of southern England. See also Marijn Schapelhouman and Peter Schatborn, Dutch Drawings of the Seventeenth Century in the Rijksmuseum, Amsterdam: Artists Born between 1580 and 1600; Catalogue of Dutch and Flemish drawings in the Rijksprentenkabinet, Rijksmuseum, Amsterdam, (Amsterdam and London, 1998), vol. 1, under cat. 434, p. 194; Jane Turner in Rembrandt’s World: Dutch Drawings from the Clement C. Moore Collection, (New York: The Morgan Library & Museum, 2012), under cat. 20, p. 56; and Bevers, under cat. 11, p. 33.

8 Turner (under cat. 20, p. 56) noted the research on the archival documents by Irene van Thiel-Stroman (in Biesboer and Köhler, pp. 328–32), in which Cornelis Vroom’s visit to England is called into question. 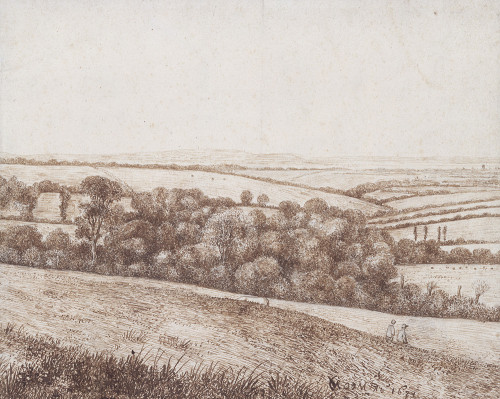 Fig. 1 Cornelis Vroom, Hilly Landscape with a View into a Valley

Martin Royalton-Kisch, The Light of Nature: Landscape Drawings and Watercolours by Van Dyck and his Contemporaries, exh. cat., British Museum Press (London, 1999), under cat. no. 33, p. 130