A child prodigy, Jan Lievens was apprenticed at the age of eight to Joris van Schooten in Leiden and at ten went to study with Pieter Lastman in Amsterdam. After two years with Lastman, the twelve-year-old master established a workshop in his native city. In pursuit of a career as a painter of portraits and historical narratives, Lievens worked in Leiden during the 1620s, moved for three years to London (1632–35), and spent about a decade in Antwerp (1635–44) before returning to the Dutch Republic.2

In addition to landscapes, Lievens’s drawings include portraits, figure studies, sketches, genre scenes, and biblical and mythological compositions.3 From the later 1630s to the 1650s he produced a few landscape paintings, but scarcely more than a dozen survive, and only one of his more than one hundred prints represents a pure landscape.4 Yet landscapes comprise nearly half of Lievens’s oeuvre of drawings: at least eighty-five have been preserved, and many others, now untraceable, are recorded in sale catalogues.5 Most are fully resolved compositions, presumably made for sale to collectors. Flawlessly executed with a broad-nibbed reed pen—often on Japanese paper, though at times on parchment6—they must have impressed his clients by their virtuosity as much as by the beauty or topographical significance of the imagery. Lievens’s technique resembles that of Anthony van Dyck, whose ink-and-wash landscape drawings he must have encountered in London (Fig. 1).7

In addition to carefully composed and neatly finished sheets executed in the studio, Lievens sketched landscapes from nature. Given the consistency of his technique and materials, it is sometimes difficult to distinguish a study made out of doors from a drawing produced in the atelier, but Forest Landscape with a Pond almost certainly belongs to the former category.8 Its pen work and loosely brushed wash are freer and more varied than the uniform, pristine strokes of the finished landscapes, while the vista is informally structured and lacks the kind of focal element, such as a cityscape, cottage, or sinuous tree trunk, that generally occurs in works made for sale. Lievens prepared the sheet by covering it with a pale wash, which imparts a warm, light brown tone similar to that of the Japanese papers he used in many of the finished drawings. A few of Lievens’s sketches from nature were incorporated into works composed in the studio, but no finished drawing based on the Harvard study has been identified.9

None of Lievens’s landscape drawings bear dates or relate directly to paintings or prints, which complicates any attempt to establish their chronology. A small group might have originated during his sojourn in London, but most appear to date from the period after he settled in Amsterdam in 1644.10 Gregory Rubinstein tentatively assigned Forest Landscape with a Pond to Lievens’s Antwerp years, citing the fresh imprint of Van Dyck’s example.11 Werner Sumowski, on the other hand, grouped the Harvard drawing with other nature studies that he dated to a later period.12 The watermark in the sheet is closely related, though not identical, to those in drawings by the artist that probably date from the 1660s.13

13 The watermark, IHS surmounted by a cross (see “Watermark” under “Inscriptions and Marks”), is close to Churchill 423, for which Churchill gives the date 1664, and Erik Hinterding, Rembrandt as an Etcher: The Practice of Production and Distribution, Studies in Prints and Printmaking 6 (Ouderkerk aan den IJsel, Netherlands, 2006), p. 156, B.c., which likely dates from 1658. Our watermark lacks the letters PB, which are associated with the Churchill and Hinterding references, and which appear in the nearly identical watermarks that occur in landscape drawings by Lievens in the Abrams Collection, Boston (William W. Robinson, Bruegel to Rembrandt: Dutch and Flemish Drawings from the Maida and George Abrams Collection, London: British Museum; Paris: Institut Néerlandais; Cambridge: Harvard University Art Museums, Fogg Art Museum, 2002, cats. 60 and 61, with beta radiographs reproduced on p. 277). An almost identical watermark and another very close variant of the one on Forest Landscape with a Pond, both also lacking the PB, appear on two Lievens landscape drawings in the Frits Lugt Collection, Fondation Custodia, Paris; see Peter Schatborn, Rembrandt and His Circle: Drawings in the Frits Lugt Collection (Bussum, Netherlands, 2010), cats. 119 and 123, with beta radiographs reproduced in vol. 2, pp. 207 and 208. See also Gregory Rubinstein in Wheelock et al., p. 76; and Schatborn, under cat. 118, p. 291. 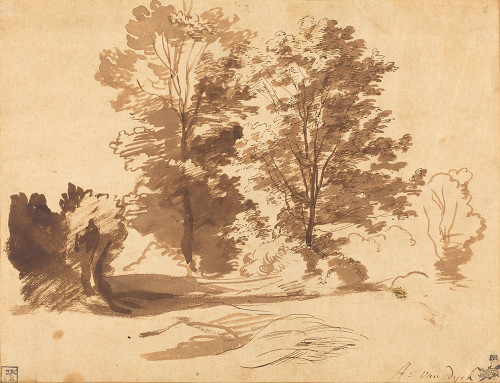 Fig. 1 Anthony van Dyck, The Edge of a Wood

Stijn Alsteens, [Review] William W. Robinson, with Susan Anderson, "Drawings from the Age of Bruegel, Rubens, and Rembrandt: Highlights from the Collection of the Harvard Art Museums" (Winter 2015), p. 532