Bloemaert was one of the most prolific Dutch draftsmen of his time, working in a broad range of styles, techniques, and subject matter. In this drawing, he transforms a traditionally reticent devotional subject into a refined and bustling mannerist-style composition. The doughy faces, oversized limbs, contorted poses, and emphatically expressive gestures of the figures, which all converge on the Christ Child, point to Bloemaert’s productive engagement with mannerism in the beginning of his long career. Like many artists working in this style, Bloemaert often collaborated with printmakers, promoting reproductions of his compositions and facilitating the dissemination of his style. This drawing, which served as a model for an engraving by Jacob Matham, is a great example of the intricate and highly polished style of draftsmanship that Bloemaert developed for his studies for prints.

Abraham Bloemaert’s career spanned six decades, and his output was prodigious: although much is lost, about 200 paintings and some 1,600 drawings survive.1

Throughout his career, Bloemaert assiduously promoted the reproduction of his work by printmakers, who turned out more than six hundred engravings, etchings, and woodcuts after his designs.2 Relatively few reproduce paintings. Most were executed from drawings made for translation into prints.3 The model for an engraving by Jacob Matham (Fig. 1), Adoration of the Shepherds exemplifies the type of neatly finished drawing that Bloemaert furnished to the printmakers.4 The sheet is incised for transfer to the copper plate, and its dimensions correspond to those of the image in the engraving, which reproduces the design in reverse with only negligible changes. Although undated, the print must have been completed in 1597 or 1598, the earliest of sixteen plates engraved by Matham after Bloemaert models.5

Like many of the artist’s works of the 1590s, Adoration of the Shepherds reflects the impact on Bloemaert’s early development from the examples of Hendrick Goltzius and his Haarlem circle. The doughy faces, huge hands with splayed fingers, and heavily draped figures striking extravagantly expressive poses, as well as the abrupt changes of scale and other contrived spatial effects, all attest to Bloemaert’s fruitful engagement with Haarlem mannerism.

A drawing dated 1594 by Goltzius, or the anonymous engraving after it, might have influenced Bloemaert’s composition.6 Goltzius depicted the Adoration of the Shepherds in a similar setting with a column on a high plinth at one side and a ruinous, barrel-vaulted chamber that opens onto a landscape at the other. As in Bloemaert’s design, an elevated, stagelike architecture frames the scene, and the viewer, whose eye level is at the height of the Christ Child, looks up at the assembled shepherds and holy family. Details of the setting and the poses and garb of individual figures suggest that Bloemaert also consulted Matham’s 1588 Adoration, an engraving after a design by Karel van Mander.7 For the woman with a basket at the lower left in the print, Bloemaert closely followed his own red-chalk figure study, which is lost but recorded in a counterproof (Fig. 2), and he may have adapted the leaning shepherd with a long beard from an ink-and-wash drawing in Vienna.8 An engraving by Cornelis Cort after Andrea del Sarto might have provided the model for the shepherd with a broad-brimmed hat.9

Engraved in an exquisite calligraphy at the bottom of Matham’s print after the Harvard drawing, a Latin poem by the Haarlem humanist Simon Sovius praises the “felicitous gifts of that virgin birth.”10 The bold signature in the spaces flanking and between the verses identifies the engraving’s publisher—thus in some sense the sponsor of Bloemaert’s design—as Jacques Razet, a renowned collector, art patron, connoisseur of calligraphy, and expert on fencing. From 1593 to 1609, Razet published fourteen engravings, no fewer than nine of them after Bloemaert compositions.11 Trained as a notary, Razet held the lucrative post of secretary of the Convoye (customs office) in Amsterdam. Karel van Mander dedicated part of Het Schilderboeck (The Painter’s Book, 1604) to his “especially good friend,” and we know from its pages that Razet owned at least six paintings by Bloemaert.

10 An English translation of the verses is provided by Roethlisberger and Bok, vol. 1, p. 93. 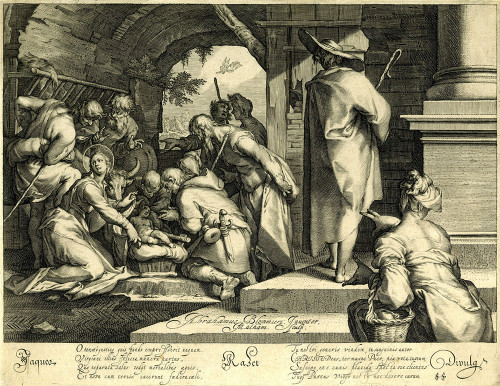 Fig. 1 Jacob Matham, after Abraham Bloemaert, Adoration of the Shepherds 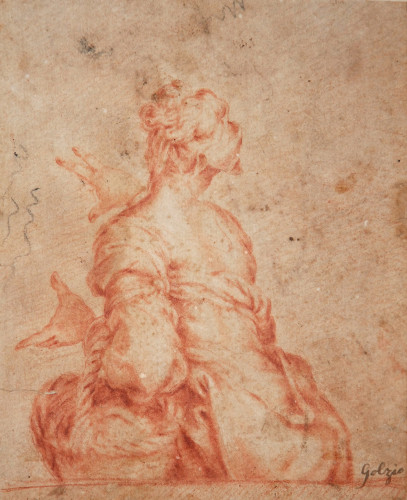 Credit Line
The Maida and George Abrams Collection, Fogg Art Museum, Harvard University, Cambridge, Massachusetts, Gift of George Abrams in memory of Konrad Oberhuber, Professor of Fine Arts and Curator of Drawings (1975-87)
Accession Year
2020
Object Number
2020.206
Division
European and American Art
Contact
am_europeanamerican@harvard.edu
The Harvard Art Museums encourage the use of images found on this website for personal, noncommercial use, including educational and scholarly purposes. To request a higher resolution file of this image, please submit an online request.