Catalogue entry no. 65 by Susan Anderson:

An unidentified previous owner mistakenly inscribed this sheet with Adriaen van Ostade’s signature—a practice carried out on many drawings originating from within his immediate circle. Instead, the conception and execution of the figures, particularly the facial types, secure this sheet as the work of his brother, Isaac. When Bernhard Schnackenburg published his catalogue raisonné of Adriaen and Isaac van Ostade’s drawings in 1981, this sheet had not yet come to light. For the sale of 1985 in which it appeared, however, Schnackenburg authenticated this drawing based on a comparison with a similar sheet of studies in Hamburg that he dated to around 1643.1 The combination of individual and grouped figures, as well as the vigorous use of chalk underdrawing and jolly, caricatured faces, make this comparison especially apt. The group of four merry drinkers at the lower right finds further parallels with a compositional study of Six Peasants at a Table, Drinking, in an Interior, in the British Museum, London.2 Both include a kannekijker (a character looking into his beer mug), a man with a potato nose and dimpled grin, and more than one crooked nose drawn with one or two deft strokes.

As William W. Robinson has noted, the two figures of a fiddler and bagpiper that Isaac sketched at the upper left of our drawing appear in his painting of 1646 in the collection of the Duke of Sutherland (Fig. 1).3 In the drawing, the smaller figure drapes his bagpipes over his left arm, while the taller one holds his fiddle in his left hand against his partner’s back. In the painting, the two (without their instruments) walk toward the distance at the upper left next to the wagon wheel, away from the action of the village. The smaller boy’s gait is that seen in Isaac’s black chalk underdrawing, instead of the twisting posture found in his subsequent campaign of brown ink. That Isaac would elect to use his initial idea for the painting suggests that these study sheets acted as an exercise and reference tool for later works, to be consulted, quoted, and manipulated according to the aesthetic demands of the painting at hand.4

Isaac and Adriaen both created study sheets in ink and wash over graphite and black chalk, with several single or small groups of figures appearing on one sheet. Only a few fragmentary drawings of figures in pen and ink by Adriaen survive from before Isaac’s death in 1649.5 During Isaac’s lifetime, Adriaen remained partial to single-figure studies in rapidly applied black chalk on blue paper, reserving pen and ink for full compositional studies.6 Isaac, then, truly developed this type of drawing—multiple studies of figures or groups appearing together—in sheets such as this one, many of which now survive in fragments as small drawings, often overworked with brown wash. (The wash was probably applied by Cornelis Dusart after 1685.)7 Adriaen dabbled in pen-and-ink figures in Isaac’s manner over the course of the 1650s and 1660s, ultimately resulting in his small, refined, and often colored drawings of single figures from 1670 and later.8 This chronological development emphasizes Isaac’s contributions to peasant genre drawings, despite his short life and posthumous reputation in the shadow of his brother. 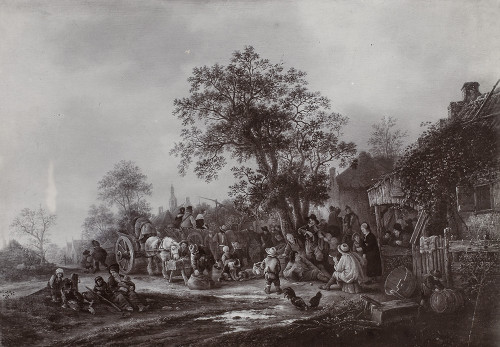 Fig. 1 Isaac van Ostade, Merrymakers in Front of a Tavern